THE ECA CELEBRATES 50 YEARS
The ECA’s Annual Chairman’s Dinner concluded with a riveting speech on Governance by the President of the Republic of Trinidad and Tobago at the Trinidad Hilton Hotel and Conference Centre.
His Excellency was clear that management has to take responsibility for Governance because the integrity of a company is as important as its profit margin. He went on to give tips on what Good Governance should entail. After Dinner, entertainment and an award ceremony his Excellency’s ability to captivate and motivate was evident in the applause which was present throughout his speech.

TRINIDAD CEMENT WINS CHAMPION EMPLOYER
Trinidad Cement Limited as awarded the ECA’s Champion Employer of the Year Award for 2009. Mr. Bachew, the General Manager accepted the award on TCL’s behalf, he noted that TCL’s winning point was the fact that they compensated their employees well and treated them even better.
Category Winners Included

In celebration of its 50th Anniversary the ECA also recognised five (5) companies who were apart of the founding membership fifty (50) years ago and are still members of the ECA; they were Coconut Growers Association, Lake Asphalt Trinidad Limited, Petroleum Company of Trinidad and Tobago Limited, Telecommunications Services of Trinidad and Tobago Limited and Yara Trinidad Limited.
The ECA also recognised two (2) members of staff for long service, Deanna Allum-Poon and Annette Joseph who served 39 and 33 years of service respectively. Mrs. Allum-Poon would be retiring at the end of the July 2010.
Mr. Gabriel Yeates a veteran Industrial Relations Specialist was also awarded for his distinguished service in Industrial relations throughout the years not just to the ECA but to Trinidad and Tobago. 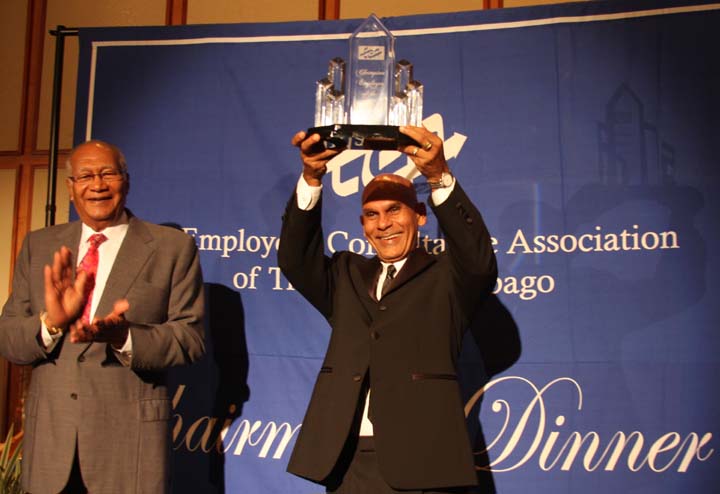