An Ingenious Tactic to Defeat Flooding 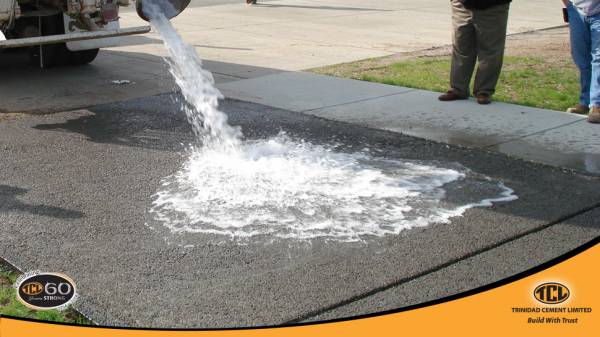 Every rainy season, families are forced to evacuate their homes, farmers lose millions of dollars worth of crops and livestock and human lives are lost due to severe flooding. While the worsening flooding conditions might be attributed to climate change, poor land development practices are a major cause of the problem.

Deforestation, poor land use (slash and burn agriculture, over-cultivation and over-grazing) and urbanisation are a few of the practices which induce flooding. With the lack of vegetation resulting from deforestation and poor land use, surface run-off is increased as water flows over the surface instead of infiltrating into the soil.

As more and more land is paved, permeable soil is replaced with an impervious layer of pitch and concrete, through which water cannot infiltrate. Consequently, water falls on constructed roads, parking lots and sidewalks instead of being absorbed by soil. This results in greater run-off and leads to flash flooding.

Though flooding cannot be prevented, TCL’s subsidiary, Readymix Limited, is working toward implementing pervious concrete, a technology which is recognised as a best management practice for providing first-flush pollution control and storm water management.

This special type of concrete has a high porosity that allows water from precipitation and other sources to pass through it thereby reducing the run-off from a site and recharging ground water levels. Pervious concrete is used for flatwork applications including parking lots, sidewalks, driveways, residential roads and other low volume roads.

In addition to the reduction of run-off and treatment of pollution, pervious concrete minimizes the impact of development on trees, allowing the transfer of water and air to root systems, allowing trees to flourish in developed areas.